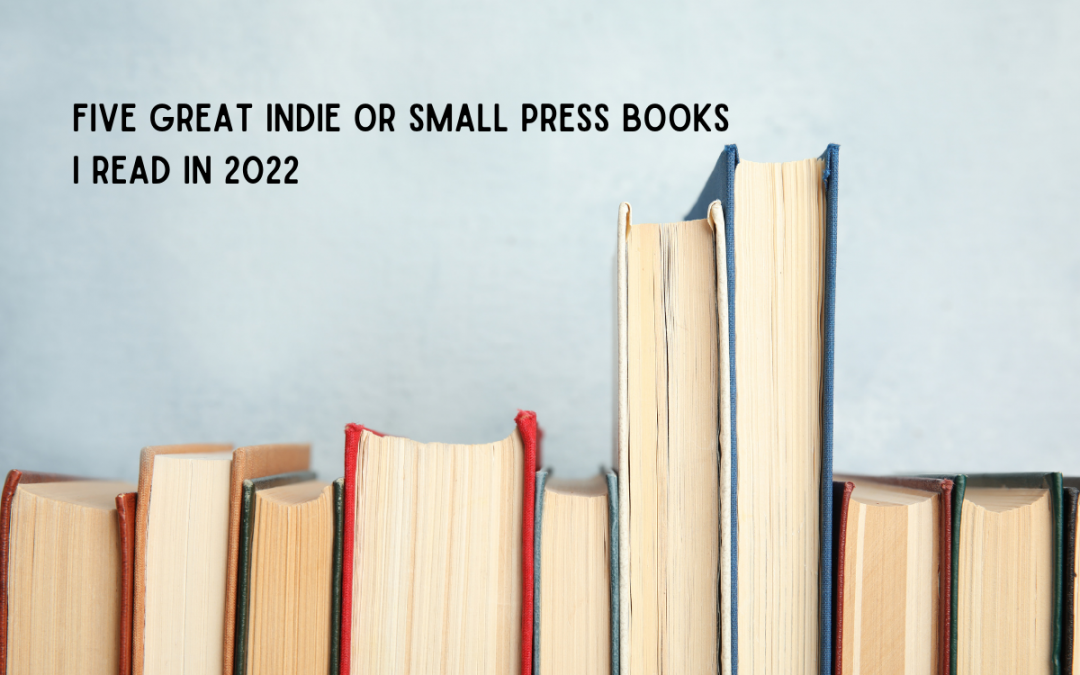 If you love indie authors and books published independently or by smaller presses like I do, then you’re always playing catch-up in your list of books to be read. It seems like great new books are published just about every day! Here is a quick snapshot of the best indie books I read in 2022. Hey, you might also like my Zane Clearwater novels! Check them out here.

What is family? What is home? How is it imprinted on our lives? Ebele Chizea tackles all this in her moving and beautiful debut young adult novel Aquarian Dawn.

Chizea draws on her experience as an immigrant to tease out how leaving home transforms our spirit. We meet her novel’s protagonist Ada Ekene in January 1966 at age fifteen, as she and her mother leave the fictional African country of Nabuka for the safety and educational opportunities of the United States. Rural Pennsylvania is a culture shock for Ada, who had been living the diplomat daughter’s life courtesy of her stepfather, who stays back in Nabuka as Afa separatists ramp up for civil war.

The civil war hovers above Ada’s teen and early college years like a menacing cloud, but her strict mother’s expectations for her create conflict closer to home. Ada, sitting in her Pennsylvania bedroom, sees only the differences between herself and her mother: “Ma left a trail of dust behind in Ogu” while Ada had “long settled into a state of detached melancholy.”

Stacey and Sal, whom she meets in high school, are seekers and free thinkers, and in those friendships lies adventure, rebellion, disappointment, tragedy and love. But as Nabuka splinters and the Afa people’s secession fails, the unthinkable happens, and Ada drops out of college to return to her desiccated homeland. There, she meets Obinna, a bold mental health advocate dedicated to running a clinic for Nabukan children.

“I guarantee you will end up falling in love with me,” he tells her at their first meeting, and his words prove true. But at age twenty, Ada still has much growing up to do as she grapples with family secrets and more loss. “A woman’s life is wrought with many changes, that way she can keep renewing herself,” Ada’s second mother Nne tells her and Ada begins to understand the familial patterns stamped on her heart even as she forges her own path.

A dazzling debut novel by a dazzling writer whose storytelling shines as bright and liquid as the African sun. Aquarian Dawn and its radiant protagonist Ada Ekene are a gift to the planet with heartfelt observation, sparkling beauty and insights into the perils of growing up, breaking loose, and coming home. Buy Aquarian Dawn on Amazon. Best indie books like this are available on Amazon and directly from the publisher.

Scattered and Breaking by Natalie Cammaratta

The sea has vanished, and the secrets of Kaycian life are emerging just like the earth that now connects the opulent capital to its subordinated islands. The effects of the uprising have had unintended consequences.

The Uprising leaders Sophos and Kolina are trying to keep the islands together, but the Kaycians are working hard to split them apart—with the help of Serenity, now doused with an amnesia drug and unable to recall her role in the Uprising. Her boyfriend Jase is off on mysterious errands; Bram, the marshal-turned-revolutionary, is coping with the outfall of his extirpated brother Emrys and a brand-new sister; and Adwin has his eyes opened to family secrets that could lead to the biggest changes Kaycians have seen yet.

The chaotic, corrupt world feels real because the lies and ambition and power-seeking that we witness in this transformational time in Kaycie has real-world consequences that force hard choices and bring about destruction from places we least expect it. Trying to maintain love and loyalty when amnesia drugs, truth serums and self-numbing technologies like extirpation is agonizing, especially for Serenity. Smart and empathetic and duty-bound, Serenity has earned her place among Katniss Everdeen, Eden and the other strong female characters in the dystopian genre.

Volume 2 of this smart series advances the plot with momentum and suspense. Plan on finishing it fast! Buy Scattered and Breaking on Amazon.

We’re All Lying by Marie Still

Her husband’s mistress and stalker is missing and Cass is suspect number one…or so it seems in Marie Still’s fast-paced, suspenseful thriller We’re All Lying.

Readers who enjoy the puzzle of trying to figure out the twists and revelations before the author reveals them are going to love Still’s masterful use of multiple viewpoints and a complex chronology to build suspense. Cass is a forty-something ad agency owner with all the trappings of a perfect life: adorable kids, handsome, successful husband named Ethan, beautiful home, a warm and caring best friend. But things are not what they seem. For one, Ethan’s a cheater. For another—never mind, no spoilers here. Understand that there’s more to it—a lot more—and see if you can figure it out before you turn those last pages. I sure didn’t!

Easy to read, smoothly put together, this spellbinding and high-octane novel is packed with twists that grab the reader and don’t let go. Start reading early in the morning so you don’t stay up all night to see how it ends! Buy We’re All Lying on Amazon or wherever best indie books are sold.

Talin and the Tree by Stephanie DosSantos

Middle grade readers, go grab this book immediately! Author Stephanie DosSantos has created a wonderful kid-friendly adventure story about an ordinary boy with an extraordinary destiny on the Caribbean island where his mother grew up. It all starts with a magical wonderful tree named Jumbie in the backyard of the home the book’s hero Talin shares with his mother and abusive step-father.

Talin is inexplicably drawn to the mysterious and magical tree and we soon find out that a whole other world waits for him just beyond its roots. DosSantos writes easy-to-read, compelling prose that brings the island and its magic to life as Talin undergoes training to fight an epic battle for the heart and soul of the island’s people. A cliffhanger ending foreshadows an exciting sequel. Buy Talin and the Tree on Amazon.

The Sacrifice of Ava Black by A.G. Porter

I was stuck in the Newark airport tarmac for nine hours this summer, and A.G. Porter’s wonderful book kept me entertained in its world of mean girls, reformed mean girls, powerful witches, bad migraines, big sacrifices, and epic loves for the ages. Also, if you’re not following the wonderful Ms. Porter on Insta and TikTok, go do it right now. That’s how I found her. And pick up this book and read it and don’t fly through Newark on a stormy day. Buy The Sacrifice of Ava Black on Amazon or get signed copies of the best indie book from the author.