Why I set my mystery novels in Tulsa 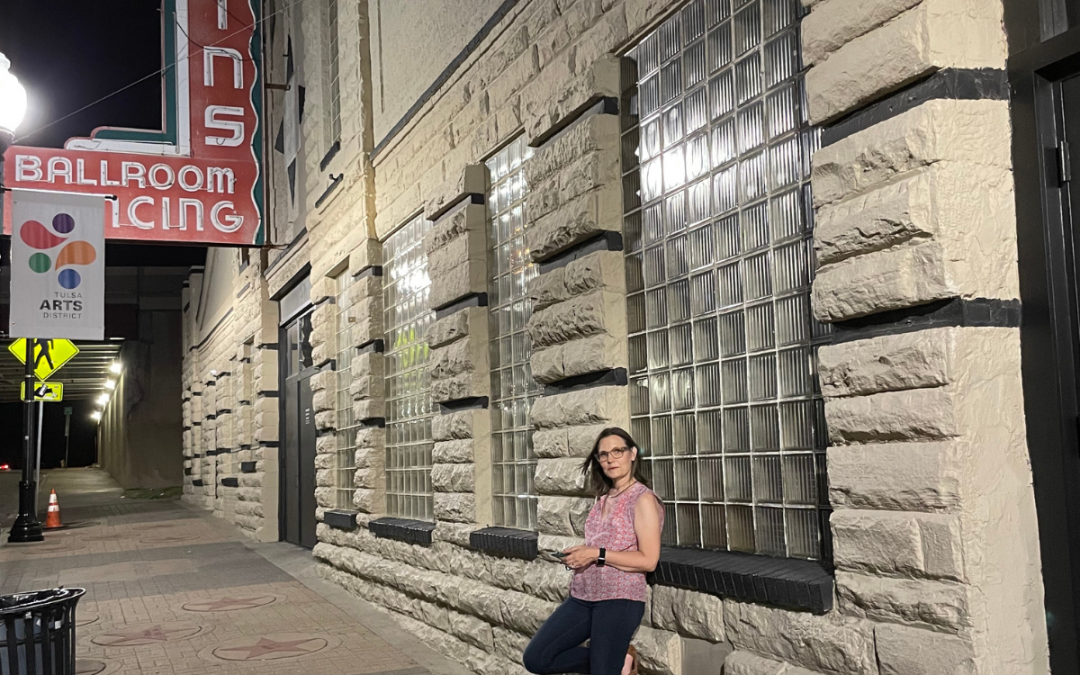 I’m a big fan of thriller and mystery novels and always looking for new ones set in my hometown of Tulsa. I love the suspense and tension they create. I love being taken on a journey with flawed but likable characters who face impossible odds.

That’s why, when it came time to write my thriller novels, I set them in Tulsa, Oklahoma, where I grew up. History and mystery seep from this city’s core and provides the perfect backdrop for a thrilling story. Plus, Tulsa has plenty of locations to create an exciting setting–some real and some fictional!

My first novel, BLOODLINES, takes place at the fictional Majestic Trailer Park in east Tulsa. That is where Zane Clearwater lives with his mother and younger sister until a mysterious fire destroys their home and kills his mother. Real locations abound, of course. Several scenes occur at the Tulsa Zoo, where Zane works as a janitor, and the Port of Catoosa, where the exciting conclusion happens. No spoilers here, though. There’s also a scene at a Waffle House because I love Waffle House and wanted an excuse to eat there.

The sequel and second book in the series, SERPENT LOOP, occurs mainly at a fictional carnival doing business in the parking lot of old Eastland Mall (now called the Eastgate Metroplex)

The third book in the Zane Clearwater Mystery series set in Tulsa is STALKED BY REVENGE. In this installment, Zane and Lettie return to the newly renamed Majestic Mobile Home and RV Park, living with their grandmother. I had a lot of fun setting a scene at the abandoned stretch of Interstate 44, crossing Spunky Creek, about eight miles outside Tulsa.

The abandoned stretch of interstate next to Pine Street had served as the western end of the old Will Rogers Turnpike before the authorities extended the Creek Turnpike. For nearly twenty years, the four-lane highway to nowhere had sat empty, unused—a hidden destination for hikers and partiers interested in apocalyptic views of civilization’s end. The cracked and buckled road sat like infrastructure bones in a vast and caney creek bottom, flanked by blackjack trees and shrubs, protected not by a fence but by cement k-rails meant to keep cars from driving on the old road. The powers that be weren’t too worried about pedestrians. An old guide sign pointed to the East 66 Catoosa exit, flanked by overgrown brush collecting a layer of snow.

From Stalked By Revenge by Lynn LIpinski

In STALKED BY REVENGE, I enjoyed setting a scene at Coney-I-Lander, a favorite place to eat in Tulsa since I was a little girl. I don’t live in Tulsa any longer. But my husband and I return periodically. My father’s grave is there and some of my friends still live there. On our last trip, we went to Coney-I-Lander in downtown Los Angeles. We also went to Dilly Diner in the Blue Dome District. Both eateries make it into the book

Lettie bit into the soft, steamed bread, through the dark peppery spark of the chili to the salty, rubbery texture of the hot dog. Delicious. Her mother had often taken her and Zane to the Coney-I-Lander on Admiral. It was a different restaurant, owned by different people, but the same tastes, the same junk-food lusciousness.

from Stalked By Revenge by Lynn Lipinski

I set my mystery novels in Tulsa to give back to the city that has given me so much. Plus, Tulsa presents a unique backdrop for my tales of suspense and intrigue. Have you seen the new show named TULSA KING with Sylvester Stallone debuted on Paramount? If you’re ever in Tulsa, check out some of the places where my books are set! You might get caught up in the action.